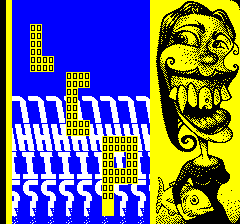 Released in 2004
“Nice design, nice demo, nice music.”
Jede
“Absolutely fantastic!!!! Defence Force - you just blow me away. With each demo/intro you stretch the boundaries in showing what an Oric can really do. My favourite section is the one with the scrolling horizontal lines going up, with the scrolling text going right to left (3rd across and 3rd down of the pics above.) The sound effects were very clever for the test card starting and ending, as the loading music was excellent.”
The Spider